Here we find what seems to be a relatively common example of ISA PS/2s: the Model 30 286.I received this computer for free after posting a wanted ad on the local Kijiji classifieds site seeking an “old IBM computer”, specifically citing the XT. I first received a Model 56 SX, which I have since traded off, and then a bit later this machine which I continue to own. 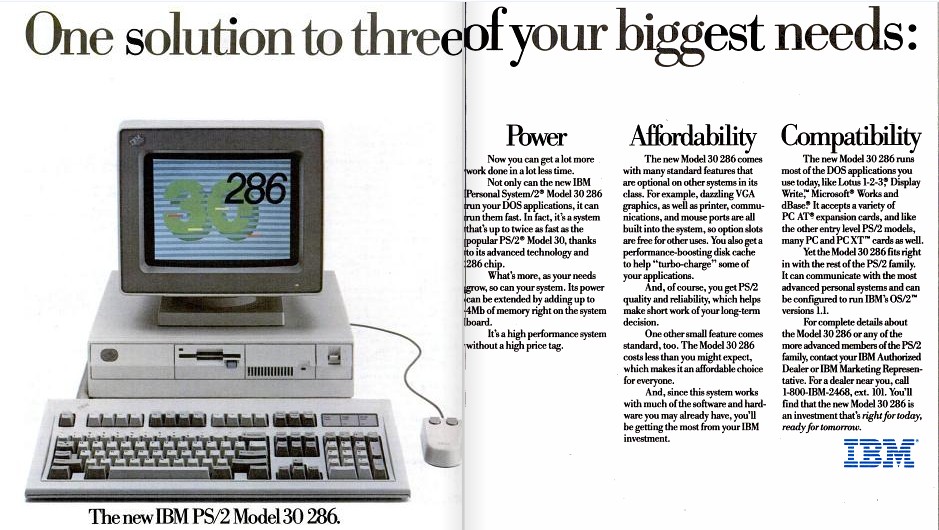 This machine doesn’t really do much, but I did get it online and have been working on trying to get Arachne to run on it. It presently hangs without an apparent cause, so it’s something to work on when I have time. The PSU makes a buzzing sound when turned off; I’m told there is a line filter which may need replacement. The hard drive that was in it when I received it was a Miniscribe 8450 attached to an Adaptec ACB-2072. The drive failed after a lengthy file transfer operation and has since been replaced by a Quantum ProDrive 1225S attached to an Adaptec AHA-1540CF SCSI controller. The performance increase was enormous.

A future post on the topic of this machine will detail the work required to break out power supply lines from the proprietary hard drive interface. 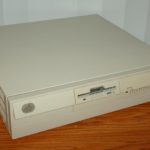 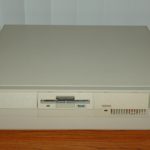 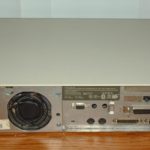 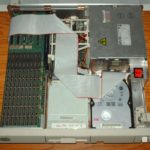 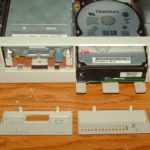 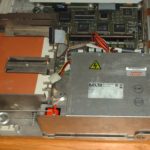 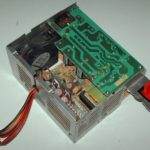 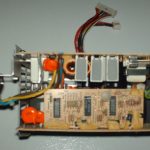 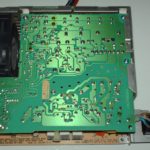 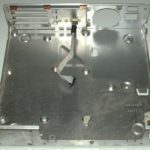 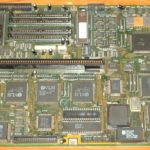 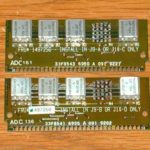 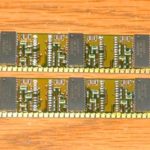 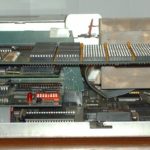 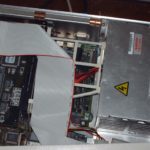 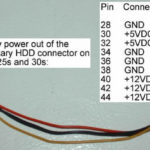 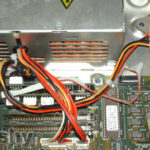