The PAC 64 is a somewhat ubiquitous luggable, built in the same chassis as other Dolch products and some lesser known brands. The PAC 64 is a baby-AT system with a Pentium CPU.Famous (among enthusiasts) for their Cherry MX-switch keyboards, Dolch portable computers, often configured as network analyzers, can be found for tremendous amounts of money when the keyboard is present, and for next to nothing when the keyboard has already been pillaged by an aforementioned enthusiast. This is to be expected; the average Socket 7 computer was chucked to the curb over a decade ago, and the only things that kept these computers from that fate was the novelty value and functionality of their form factor, and specialized applications.

Internally, although the power supply is of dimensions unique to this and related luggables, everything is pretty normal PC stuff from the baby-AT era. Notably, my PAC 64 has an AI5TV-1.03 motherboard, which provides pretty standard IO options for its time. Things like the integrated PS/2 and USB 1.1 ports, which the motherboard is equipped for, were never exposed on the chassis as they weren’t relevant to the use of the machine.

I received this unit minus the keyboard, as its owner before me had purchased it for the keyboard and had no use for the remainder of it.

Photos show my unit with a traditional heatsink/fan assembly; originally, the Dolch systems shipped with a small flat heatsink that allows for full-length cards to be installed in any slot without interfering with the HSF.

Original specifications as-shipped from manufacturer are not known; upgrades noted where information available. 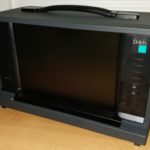 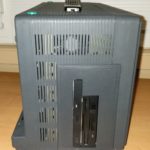 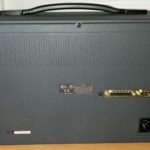 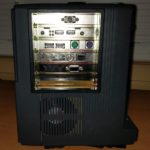