Like the 600, the ThinkPad T21 is not really what I’d call vintage or retro. This machine is capable of being used for modern day-to-day computing, if the user has a little patience. Nonetheless, it isn’t exactly a modern computer, so I’ve opted to describe it here.

An old friend messaged me back around 2013 offering it to me, in the wake of me buying a new W520 in 2012 (which I still use as my primary computer today in 2018). The T21 display was known not to work, but the computer was otherwise thought to work completely, and even included the full docking station. I ‘adopted’ it, planning to eventually figure out the issues it had and nurse it back to health.

After collecting dust for a while, I decided to investigate and found that the computer was fully functional including the LCD panel, but the backlight was not working. Eventually, I ordered an inverter for this unit, which did not resolve the problem. After some research on parts application crossing, I bought a T22 on eBay that had a BIOS password set but otherwise was operational, and mix-and-matched pieces until I resolved the issue. The flexible ribbon cable was ultimately at fault with a break where it bends at the hinge for the screen; at some angles, it worked. I still have the T22, disassembled, as a parts donor as it had a lot of good stuff to give, such as its CPU which is now in this computer.

I purchased a new replacement battery for this unit rather cheaply from Walmart.com, from a different vendor (I’m not sure how that works, but Walmart acts as a proxy for some other vendors). Since I made the purchase through Walmart, shipping to a US address was free, which I had access to.

This unit is in really decent cosmetic shape, with some blemishes as happen to all of the rubber-coated ThinkPads, but overall it presents nicely.

This machine, unlike the 600, uses the newer style IBM setup menu, doing away with Easy-Setup. It isn’t as unique, by far, but has a UI that is more readily understood. 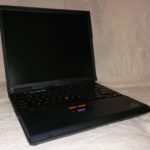 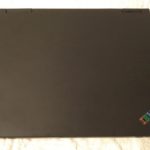 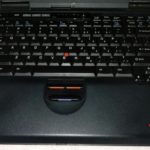 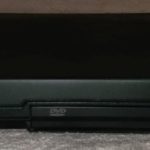 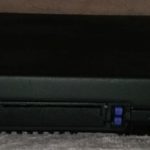 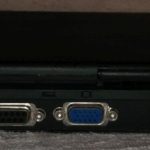 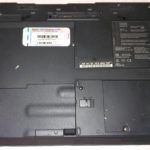 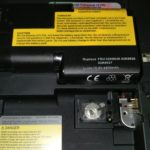 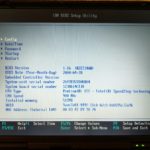