This is potentially the ‘cutest’ desktop computer IBM made: the Personal System/2 Model 25. It is, in effect, a faster XT in a somewhat more efficient form factor.

I got this particular example in 2011 from an e-recycler who was going to scrap it. I bought a few items during that visit; in the end this worked out to pocket change less than $5. Cool find, especially in working condition. My original goal was to use it for a case mod but now I’m not sure I have the heart to kill it. I watched it take a huge fall off a tall shelf onto the cement floor before identifying it as something I wanted, and the fact it survived speaks to its will to live.

The original Alps FDD (notorious for failure) has been swapped in favour of the newer Sony type. To do this, I had to make a custom cable, which will be detailed in a future post. Additionally, the Kyocera MFM hard drive had apparent head crash damage (or maybe just general “crash” damage, re: fall above), so it and the WD1002A-WX1 controller card were swapped out in favour of an XT-IDE with ATA hard drive. To power the drive, I made a cable to borrow the power from the integrated proprietary hard drive interface.

This unit is equipped with a WD8003/W Ethernet card and has been online – in fact, it’s the best “party trick” this machine has: to get on IRC or Google in Bobcat (Lynx).

Note: I no longer have the Space Saving Keyboard shown paired with the machine in the photo above. 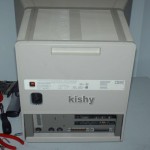 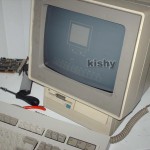 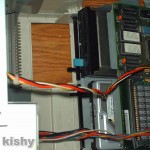 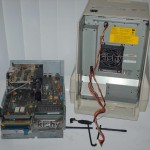 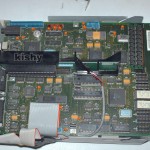 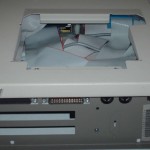 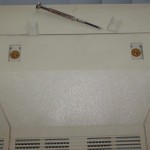 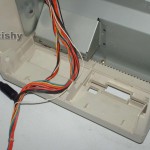 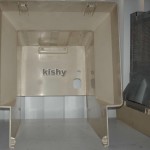 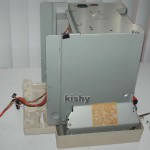 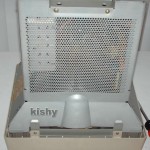 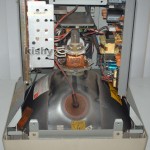