The 760E is a fairly common model of early ThinkPad which closely fits in with the oldest models of the series. It has the design and the type of engineered features that set early ThinkPads apart from other market offerings. I was quite pleased to add this to my collection in July 2017 from eBay.

There isn’t much of a reason why I bought this specific example, besides 1) wanting an early ThinkPad, 2) wanting an example that had Cardbus and took standard RAM, and most importantly in this case, 3) was affordable. In retrospect, early notebook computers were kind of a pain for a few reasons, mainly surrounding portability (these are chunky!) and IO. That being said, their limitations are often part of what makes them unique and their engineering interesting.

Aside from tearing down this unit mainly out of curiosity, I haven’t done a lot with it. It lives safely tucked away on a shelf, pulled out occasionally as a discussion piece.

Aside from the lack of a battery, it is completely functional and in really decent condition, although the rubberized palmrest surface had to be removed revealing the black plastic beneath, as it was sticking to my palms and coming off as a gooey mess.

The 760E uses a fairly disappointing keyboard when you consider the company that developed it. Key feel is not spectacular, but travel is decent. The keys are prone to friction if not hit directly on-centre. The keyboard, on the other hand, has a simple but cool mechanism where the keyboard is raised at the rear when the screen is opened, better representing the angle of a typical desktop keyboard.

This machine uses IBM’s Easy-Setup BIOS setup menu, and this particular machine is where I committed a blunder surrounding how ambiguous its design is: accidentally setting a BIOS password when I thought it had an existing one but it did not, then being unable to figure out how to remove it. I may make a post later on about Easy-Setup and its pros and cons, but 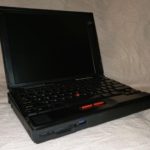 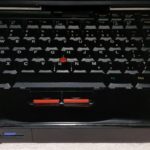 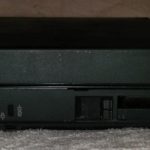 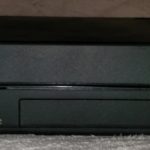 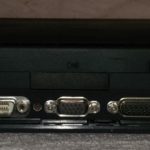 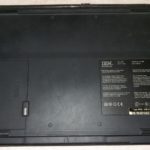 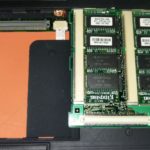 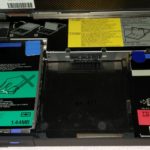 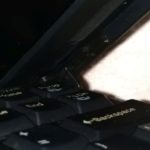 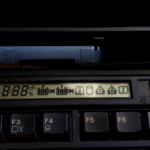 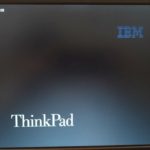